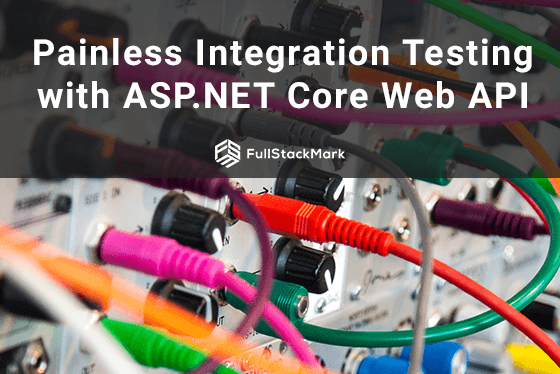 As the art of software development has evolved, the strategies and practices used in software testing have grown up with it. Automated testing is an integral part of modern dev ops and agile approaches which enable teams to ship high-quality software faster and with confidence.

Integration testing sits in the middle of the automated test pyramid and ensures individual modules and components in our code can be successfully connected to produce the expected behavior. These tests exercise our code and the code we can't change within third-party frameworks and libraries we're using. 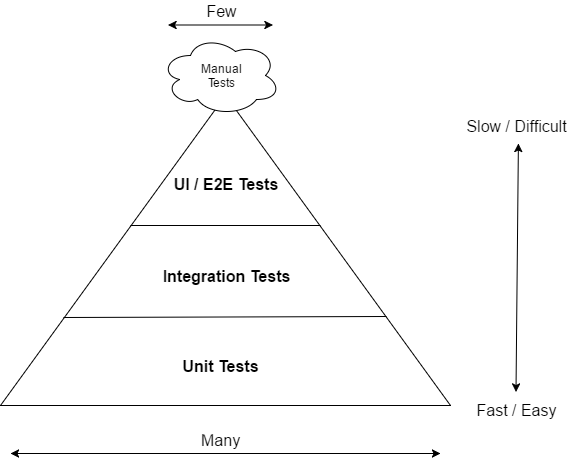 Many integration testing scenarios add things like databases, the filesystem or a network into the loop to test components in different regions of the software stack. The overhead added by these types of external dependencies conflicts with the goals of continuous integration as they require extra time to set up and maintain and make tests slower to run.

These types of tests can be categorized as broad integration tests as they typically require a separate environment with live, running instances of databases and other services. They also exercise code paths beyond just the bits needed for the interaction between modules and services - this isn't a bad thing.

By comparison, the setup -> execution -> tear down cycle of most unit test suites runs extremely fast in memory and can easily be triggered and run on every significant change to the code base to catch errors and prevent regression of working behavior in our application.

Achieving a similar speed and ease of use for API integration tests is trickier. In these cases, we're likely producing broad integration tests which require us to deploy our code to an environment running at minimum a web server, database and some flavor of http client to send requests and validate the responses.

The release of ASP.NET Core 2.1 introduced a handy new package in Microsoft.AspNetCore.Mvc.Testing. Its primary goal is streamlining end-to-end MVC and Web API testing by hosting the full web stack (database included) in memory while providing a client to test "from the outside in" by issuing http requests to our application.

Having this test host available means, we can write tests that look and execute quickly like unit tests but exercise almost all layers of our code without the need for any network or database - rad! 😎

The Web API project or SUT (system under test) we'll be testing is straightforward. It has a single controller named PlayersController with two action methods for fetching either all players or a single player by their id.

Note the dependency on PlayerRepository which provides the data for the API and is based on Entity Framework Core with a SQLite database. Next, we'll see how to use an in-memory database to replace this dependency during testing.

I added a new .NET Core xUnit Test Project to the solution and NuGetted two packages:

A few interesting things are happening here, let's break them down:

All of the pieces are now in place for us to write some integration tests that leverage the new web application factory.

The IClassFixture interface is a decorator used to indicate that the tests in this class rely on a fixture to run. Our fixture value is of course CustomWebApplicationFactory<Startup> which wires up the factory we just built and provides our tests with the in-memory instance of our API.

As I mentioned earlier, we're testing "from the outside in" by issuing requests to our Web API from an actual http client. We create this client in the constructor by calling the web application factory's CreateClient() method.

Finally, we're in a position to write a test! The CanGetPlayers() test is pretty straightforward. It issues an http GET to the endpoint on our PlayersController responsible for returning a list of players. From there we examine the http response to assert the status and content meet our expectations.

The structure, number of lines and execution speed of this test is very similar to your typical unit test BUT we're running it against essentially the full Web API stack without any of the hassle or overhead involved in standing up an actual instance by deploying our code to another environment.

I executed the tests using the dotnet test CLI command from within the Web.Api.IntegrationTests folder. The test run completes pretty quickly and is a signal to me that these types of tests could certainly be added to a continuous integration workflow to run along with our automated unit tests.

Building and maintaining test infrastructure is generally a pain and takes time away from higher value activities we'd like to spend time on. ASP.NET Core offers a valuable package in Microsoft.AspNetCore.Mvc.Testing that allows our project to quickly realize many of the benefits end to end tests offer without the typical costs associated with setting them up.

I hope you find some value in this post, and if you have any thoughts or questions, please share in the comments below.